[Updated May 17th, 2019]
In Mythlande: Between the Smoke & Flame book series, the Harper kids are in the Pre-Sworn group of Hona Coire magic users. They are considered students of magic. They primarily will be assigned to the Orak ( A category of magic essences.) they are most active in, then separated by age grade.


There are Four Pre-Sworn groups:

The Harpers are most active in the Mind Essences, so they are in the Thre'shyr Orak. The color of their essences is a stunning purple and can be seen by other magical users. 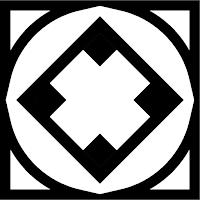 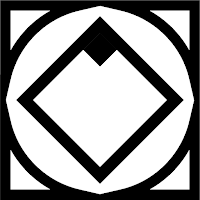 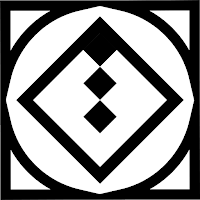 Tim Harper is considered 'Sworn' or a Twyster. When a magic user becomes 'Sworn' they are officially using Blade-Ranks anywhere from 1 thru 8.
Pre-sworn are ranked as well, but it is only as a comparison. When a Pre-Sworn is finally Sworn, then they are given the "Recognized Rank" all other Twysters will know them by, this Blade-Rank can change as skill increases.

Magic users are different and unique.
The Diamond shape is prevalent in each grade.


There are Four Main Abilities magic users are judged by when performing a Twyst or spell: These Four things create the Four sides of the Diamond. They are the foundation of each blade of essences that are Twysted together to form a Twyst or spell.

Performing magic requires quick thinking, to create the Twyst necessary for the task at hand. Every magic user can add different techniques to a Twyst. If a magic user can use more than one essence, a Twyst may be something totally new and catch an adversary off guard or solve a problem that no one else thought of before. The mental ability used correctly can stop an adversary before any deadly force is ever needed. Disarming or controlling the opponent completely can crush an otherwise over-confident opponent. The Mental ability can also expose 'you are not as smart as you thought you were.' Humble confidence is an excellent guide to follow.

Like many things, being able to respond under pressure is different than having all day to make something work. If a fire is approaching and a magic user cannot create the Twyst quick enough to counter the heat, smoke, and lack of oxygen, the magical ability is useless. Speed can make up the difference in all the other three skills. You can be brilliant, but if an opponent can create a potent spell before you can react, your brilliance can be nullified.

Health is the ability to absorb or endure an opponents magic spell or magic circumstance. This is a defensive capability, mostly. It also requires a mental backbone. The mind and body are sometimes as important as the magical ability itself. As long as the magic user has the will to succeed, anything can be possible or achievable.

This is basically how much essence a magic user can wield and control. A Blade Master can hide this power and surprise an adversary. Power also helps all the other abilities to function longer. When power strength is high, the magical user can also endure incredible amounts of abuse. This Power used in the right situations can enhance a magic user in such a way that all abilities reach a new level.
Head Imagination Miscreant, HIM

What is the minimum Blade-Rank required to be a Raen'jir? Answer Below ↓

Visit when you can...leave a question or comment there.

Welcome Mythlander! You seem a worthy adversary against those that would use the Mala Coire!

Mythlande Between the Smoke & Flame Series at Amazon.