Twysters and Skrachers use the same essences, but they are on the opposite ends of the Coire magic spectrums. Some say, "pure vs. taint," some say, "positive vs. negative," some say, "good vs. evil"...but really it is how the magic-user intends to use the magic when they initially submit. Since habit reinforces intent over time, the magic-user develops an affinity for either the Hona Coire or Mala Coire at almost the very beginning stage of magic use. Both magics can be used in ways that defy their polarity. Both Hona and Mala can be used in good ways and wicked ways but only to a point. It is effortless to slip and fall into the Mala Coire. If a Twyster decides to boost their power with innocent blood, or negative emotions like tears from pain or harm; or hurt or kill innocents in rage, the Twyster will find that the Hona Coire is blocked. Once blocked, even if the Twyster never uses these negative energies again, it could take many years to ever submit to the Hona Coire. The Twyster is now a Skracher. Now, a Mala Coir user can still decide to do good with their magic, but because of initial intent or their core value system. They will be stuck using the Mala Coire. The Coire itself decides who can use Hona or Mala.

There are eight types of Essences used: Breath, Mind, Eye, Heart, Tears, Skin, Bone, and Soul.
Whatever Essence a magic-user feels strongest in, that will become their Orak of Naka group. Most magic users can use more than one Essense, but most will use one type most frequently; it is where they're the strongest and most confident. 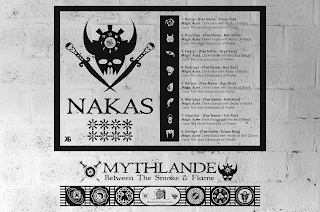 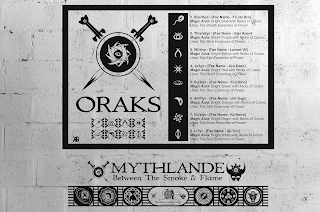